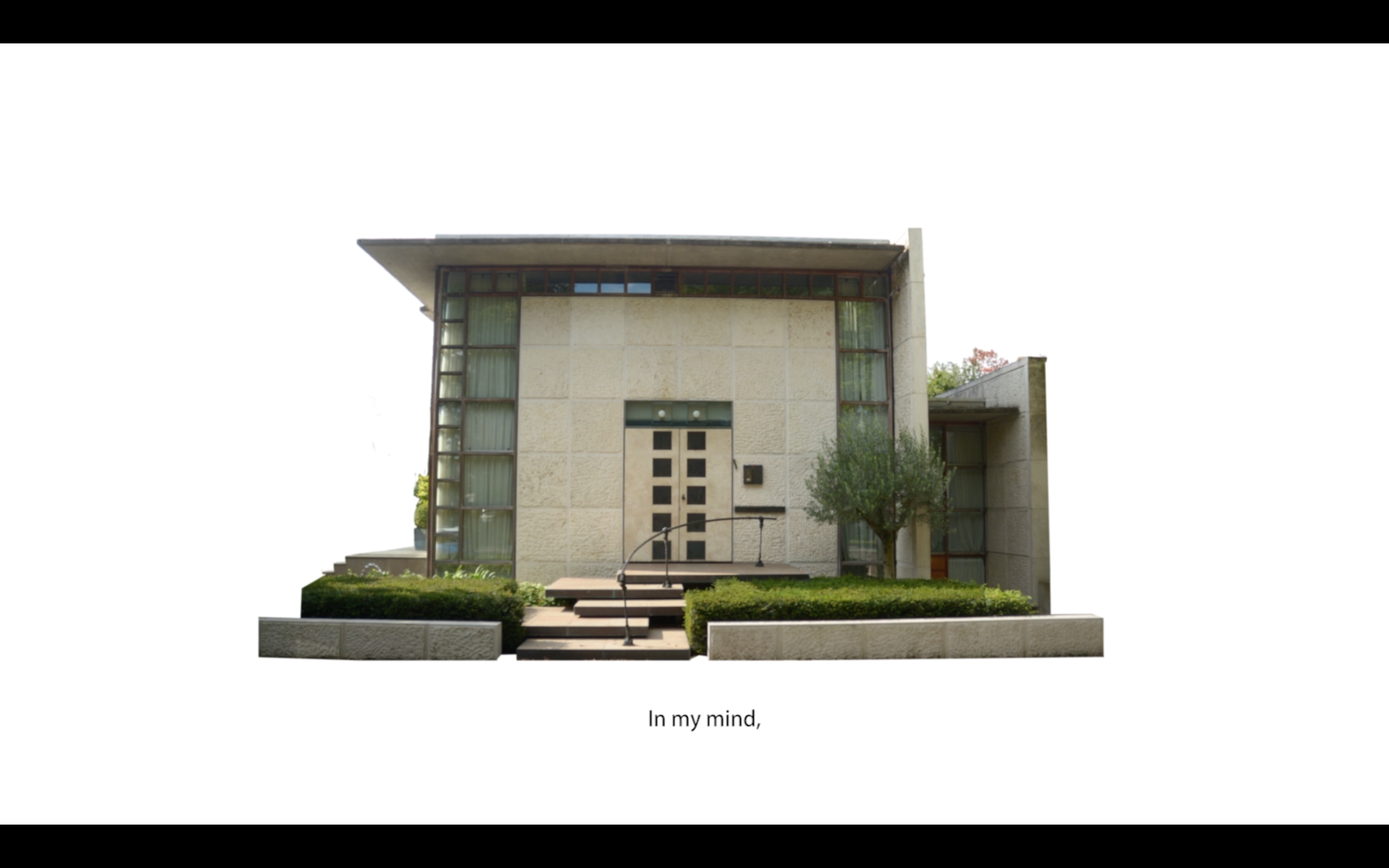 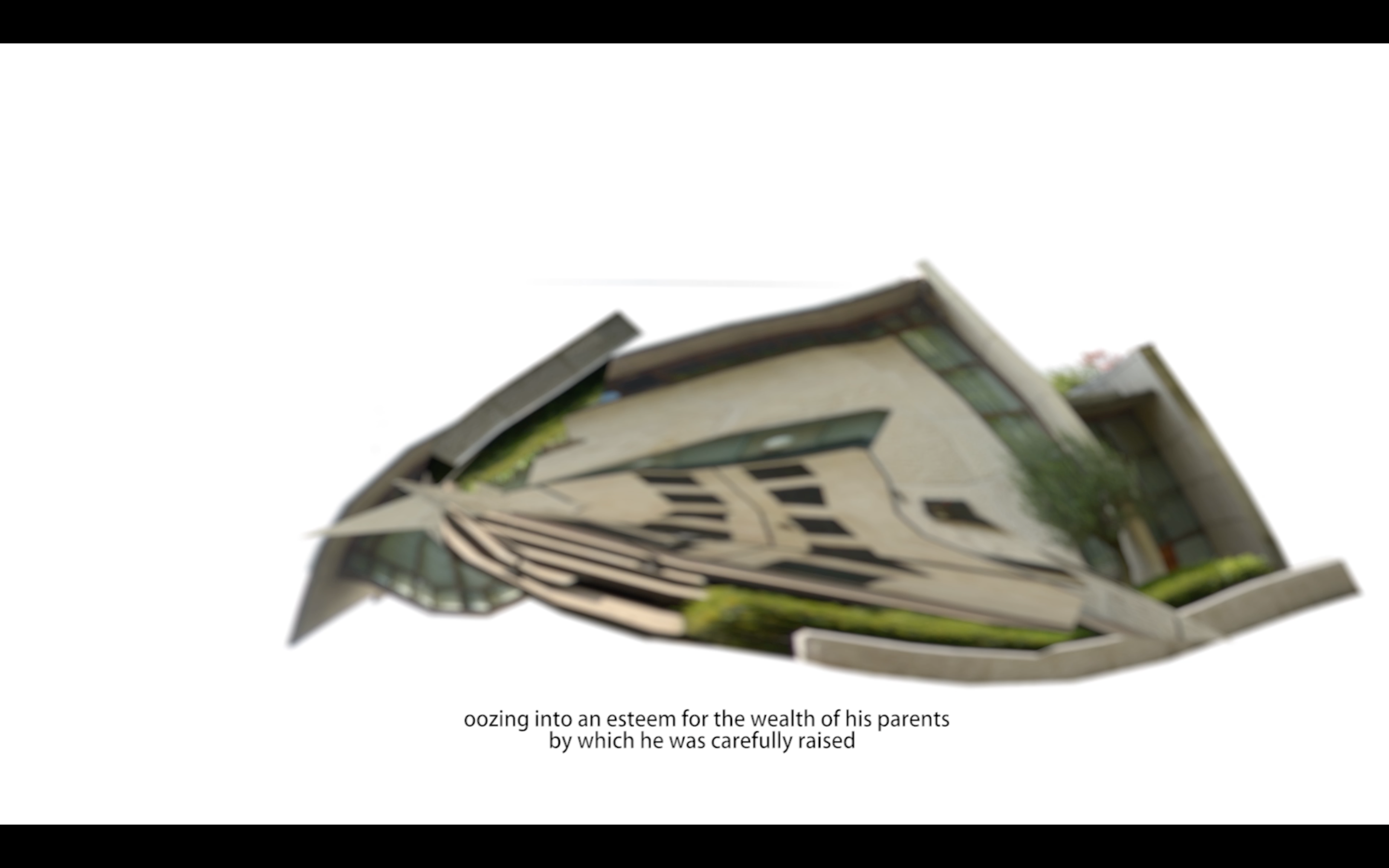 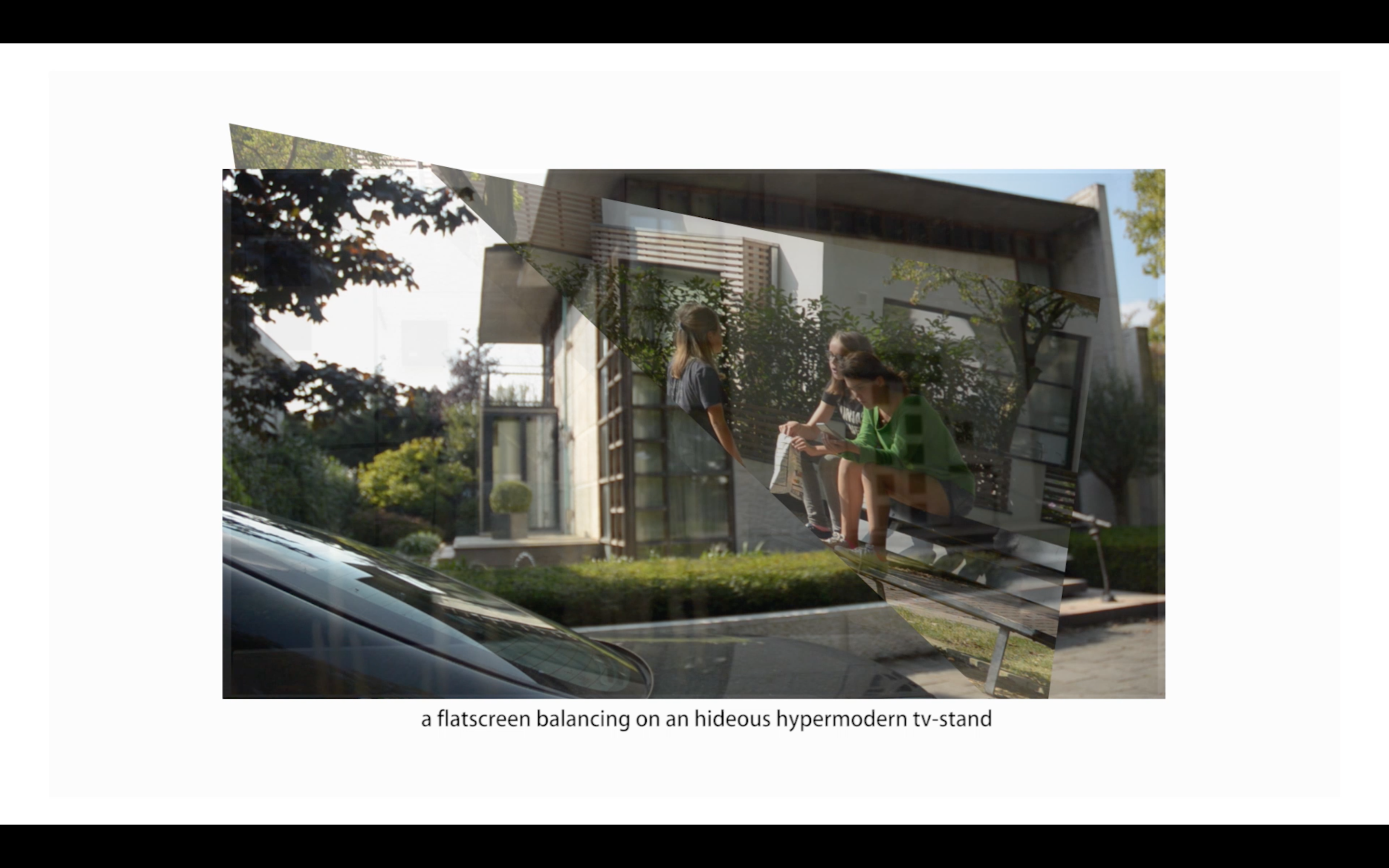 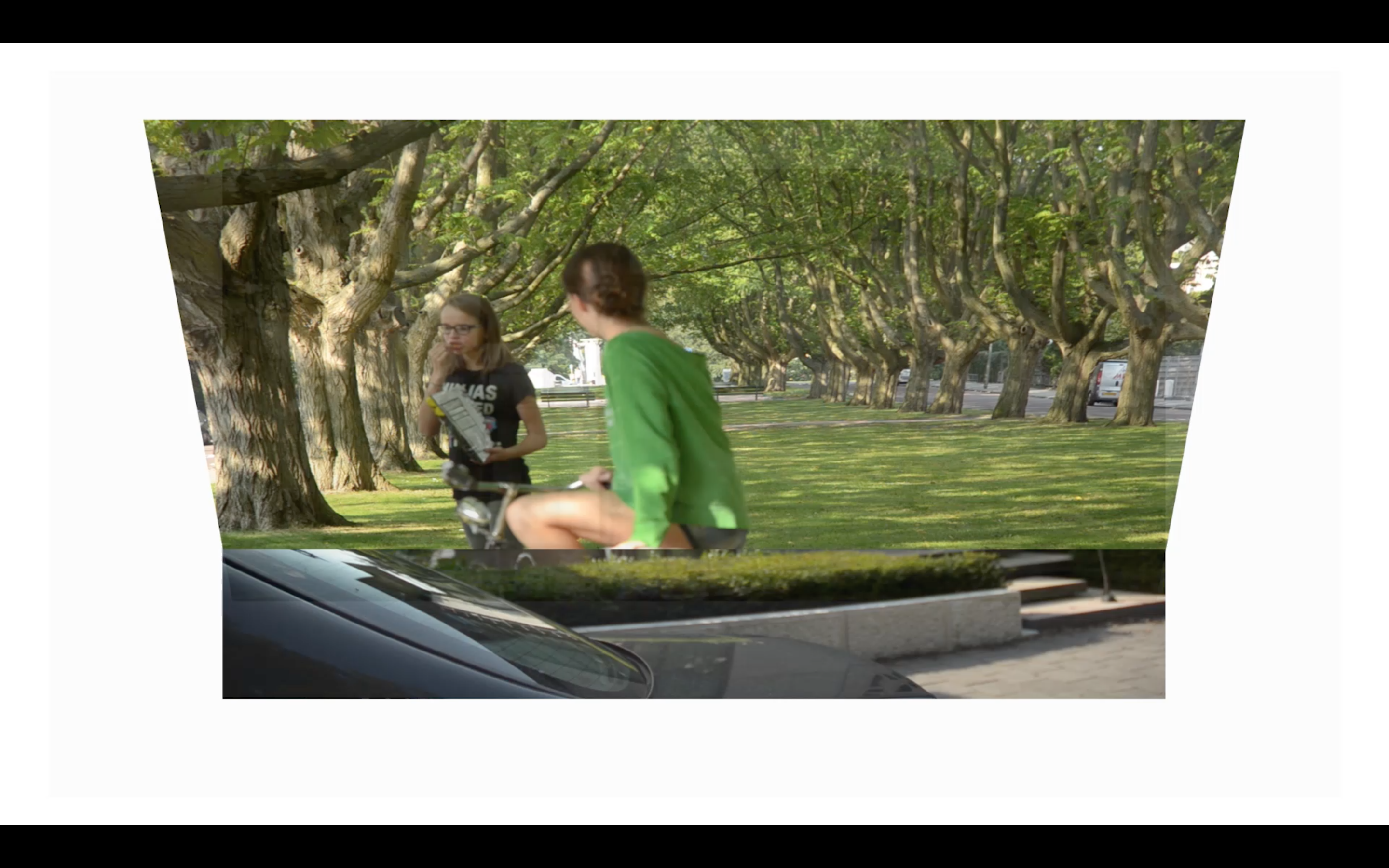 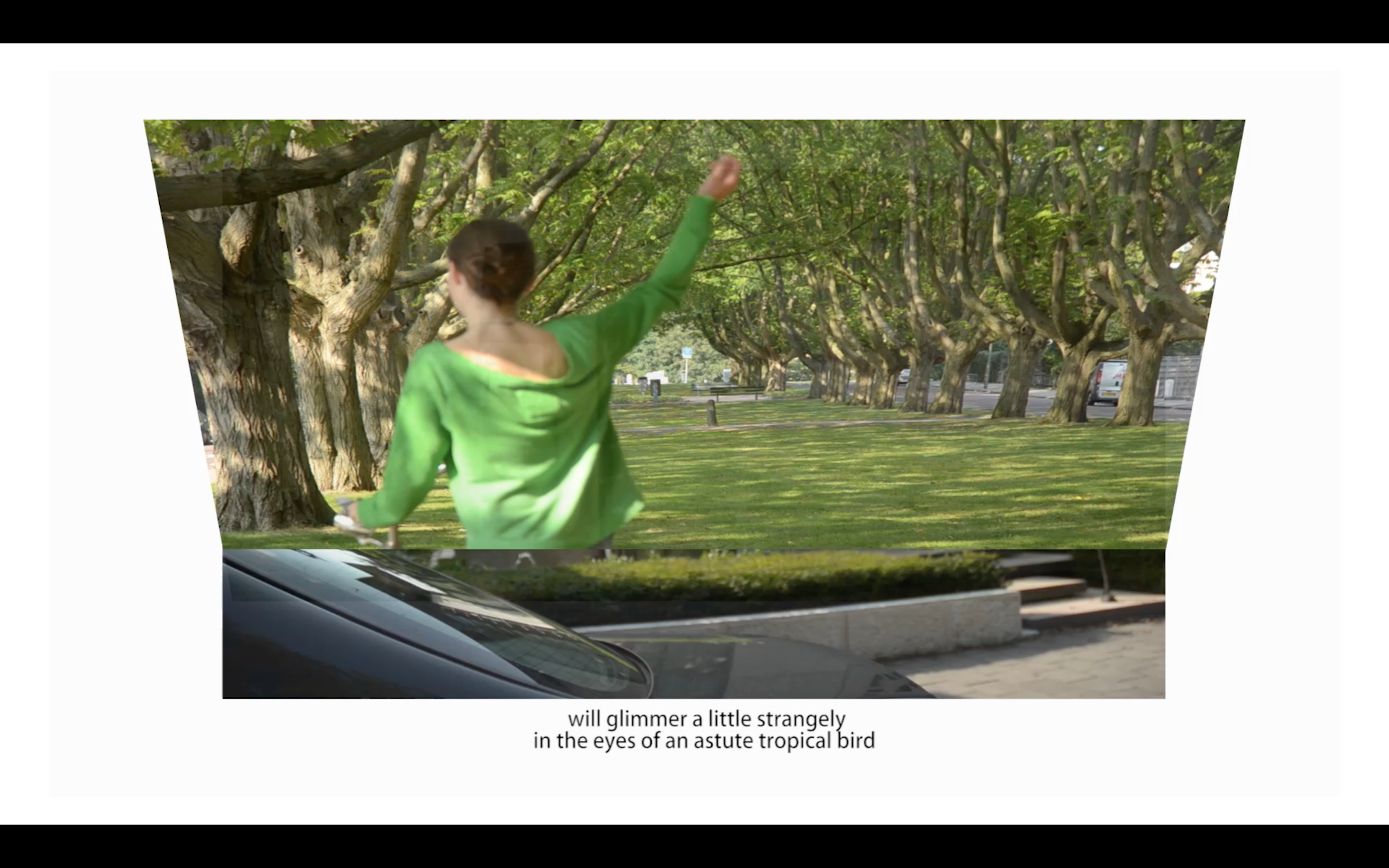 7.30min HD-filminstallation:
Foregrounding text and sound as main
narrative guides, this film presents itself as narrative as well as visual
presence: slowly, subconsciously transforming in form and tone. The Silent version of Goldcoast was projected on a big screen between trees in the Tolhuistuinen in Amsterdam during Icarus festival 2015; Here it’s silence slowly pulled people in. At Mux Asheville Video Art Festival it was shown with a soundtrack produced by the filmmaker herself using a system generating a pattern combined with her personal remixes of Composers Messiaen and Alva Noto.

Festival Feedback from audience. “Some of my friends have been looking at this short-film three times, and me too. I think I like the film for its subtleties, the cheeky changes in tone of the text, sound and the sort of slowly changing constructed image. It gives me time and space. I think what I really like about this thing is that it depends a lot on how I look at it. It keeps changing character so I kept looking. It think it has a lot of details to offer for who is open to them.”